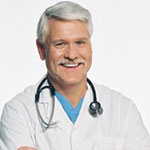 Dr. Carter has been doing the Lap Band procedure since August of 2002 and has performed over 4000 surgeries to date. He is recognized as one of the most experienced and talented Lap Band surgeons in the United States.

Education & Training: - Graduated from University of Nevada in Reno in 1972 - Post-graduate from Kirkville College of Osteopathic Medicine from 1972-1976 - Internship at Tripler Army Medical Center in Honolulu, Hawaii from 1976-1977 - Surgical residency was at Walter Reed Army Medical Center in Washington, D.C. from 1977-1981- Chief of General Surgery at the 130th Station Hospital in Heidleberg, West Germany from 1981-1983 - Department of Surgery Chairman at the Medical Center of Arlington from 1997-2004 - General surgery practice in Arlington, Texas from 1983-current.