Home Education Be the Cook 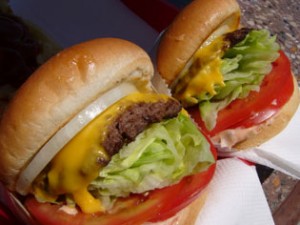 Love to eat out? Most people do. We typically eat out at nice restaurants to enjoy a meal while visiting with friends or family, or simply because it is different from the same day to day routine. While most would think that dining out would be a healthier alternative to fast food or eating at home, according to a study published in the European Journal of Clinical Nutrition, they could be wrong. While having a meal at a sit-down restaurant, you tend to take your time and enjoy yourself more than you would at home or with fast food. This usually means you end up consuming more food than you normally would.

As this study’s author and assistant professor of the Department of Kinesiology and Community Health at the University of Illinois, Rupeng An, explains, “Eating out is often viewed as a social gathering, so people spend more time and eat more leisurely, which can lead to more food intake.” This study required An to look at eight years of data from the National Health and Nutrition Examination Survey after more than 18,000 adults participated. This survey, conducted by the National Center for Health Statistics, showed that people who ate at sit-down restaurants actually consumed around 58 more milligrams of cholesterol per day than those who ate at home. Those 58 milligrams are almost 20 percent of the recommended total cholesterol intake of 300 milligrams per day, which is a cause for concern. While fast food consumers take in more cholesterol on average as well, they only take in about 10 more milligrams than the stay-at-home diners.

The study shows that full-service restaurants and fast food joints not only lead to more saturated fat consumption, but also to about 10 more grams of total fat intake in comparison to eating at home. America’s biggest struggle behind the plate is our sodium intake. While the U.S. Departments of Agriculture and Health and Human Services recommend between 1,500 and 2,300 milligrams of sodium per day via their national dietary guidelines, the average American actually consumes well over 3,000 milligrams per day. When dining at a restaurant, the consumer added an average of 412 milligrams of sodium per day, while 300 milligrams were added to the fast food lovers. Higher sodium intake can lead to many problems such as heart disease and hypertension. Lori Rosenthal, a registered dietitian specializing in weight management at Montefiore Medical Center in NYC recommends planning your meals out ahead so you don’t make unhealthy decisions at the last moment. A way she says to best accomplish this is by literally making yourself a calendar with your meals for the week all planned out. She also suggest preparing and eating your own meals as much as humanly possible due to the fact you know exactly what you are preparing, rather than leaving it in the hands of a chef.

We need to be more mindful of what exactly we are putting into our bodies and the consequences of doing so. With a little more awareness and a little less dining out, we could finally have our country taking a step in the right direction towards our fight against obesity. 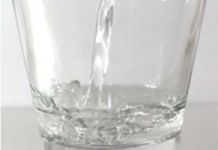 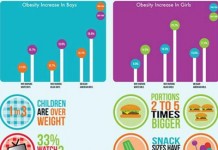 Causes and Solutions to Childhood Obesity