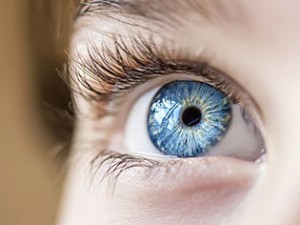 According to a new study, if you have blue eyes your probability of developing a dependency to alcohol increases dramatically.

A database of more than 10,000 people and their genetic makeup has been built over the past few years by researchers at the University of Vermont. Of these 10,000 people, some sort of mental illness, such as depression, schizophrenia, bipolar disorder, and drug or alcohol dependence, hassles all of them. After gathering the results, this study showed that over 1,200 of the participants suffered from alcoholism. The team quickly recognized a link between these people’s dependence and their brighter-eye color. After noticing this connection they went through their data an additional three times to ensure accuracy. Still the results came up the same each time.

Those with light-colored eyes showed to have a higher rate of alcohol dependency, as opposed to those with darker-colored eyes. Of these light-colored eyes, blue eyes show the most distinct correlation to developing alcoholism. The key discovery from which this study revealed is that the genes that control your eye color, also line up with those associated with alcohol abuse.

This link between eye color and alcohol dependency could shape an entire new focus on the fight against alcoholism. Arvis Sulovari, co-author of this study and doctoral student in cellular, molecular and biological sciences at the university explained that this relationship “suggests an intriguing possibility that eye color can be useful in the clinic for alcohol dependence diagnosis.”

Although this study revealed that there is, in fact, a correlation between eye color and alcoholism, more research is required to further understand this connection and what causes it.