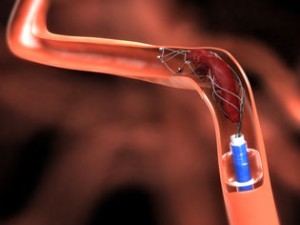 Have you or a loved one ever suffered from a stroke? If so, then you know more than most the severity of the situation and how much must be endured to treat it and prevent a stroke from ever happening again.

What causes nearly nine out of every ten strokes is a blood clot that blocks one of the arteries supplying blood to the brain. The most frequently used treatment for blood clots includes the use of strong blood thinners to help open up the passageways through the arteries, but that doesn’t always work. According to the American Heart Association’s newly issued guidelines there is now a device that literally grabs and drags a blood clot out through the blood vessels, and that this device should be used to treat certain stroke victims. Alongside the AHA, this device has been backed by the American Association of Neurological Surgeons and the Society of Vascular and Interventional Neurology.

This catheter-based tool is known as an endovascular stent retrieval device, and is made up of wire mesh. This wire mesh much resembles a “tiny ring of chicken wire,” according to Dr. William Powers, lead author of the updated AHA guidelines and chair of neurology at the University of North Carolina at Chapel Hill.

For this device to work, experienced surgeons must run the device up through the arteries via a catheter. The device is then opened up directly in the middle of the blood clot that is causing the stroke, smashing it against the device causing it to get caught in the wire. The device is then removed back out of the arteries dragging the clot along, thus, ridding the patient of the life-threatening blood clot.

This new device has been put through six extensive trials within the past eight months, and it has passed all six with flying colors. According to Powers, “All of these studies showed that the device can safely and effectively stop a stroke by removing blood clots.” Much like every other stroke treatment, this procedure must be done within six hours of the stroke, making time an issue. Due to the limited amount of time, local hospitals are said to use the “drip and ship” method when dealing with stroke victims, says Dr. David Kandzari, director of interventional cardiology and chief scientific officer for the Piedmont Heart Institute in Atlanta. What this method requires is for the doctors to start the patient on an IV drip of tissue plasminogen activator (tPA), a powerful drug used to destroy blood clots and open up the arteries. After executing this step they must then “ship the patient by ambulance or helicopter to the nearest comprehensive stroke center for further treatment,” explained Kandzari. This procedure is performed only by specialized doctors and never by regular cardiologists, radiologists, or neurologists. This is due to the fact that “You need a lot of special training to get those catheters up into the brain and pull things out,” according to Dr. William Powers.

One major risk of this device is that it could tear an artery and cause bleeding to the brain. This could happen mainly because the patient would have already been introduced to strong blood thinners.

Although there are always risks, this treatment proved to be successful in all six of its trials, and this is surely a huge step in the right direction for the prevention and treatment of blood clots and strokes. 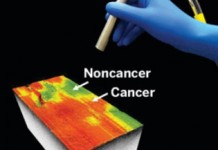